Posted on July 8, 2015 by randscallawayffm

“What kind of love is this?” we sing with emotion for we have been redeemed. We are no longer outsiders. Until, of course, we think we can shut someone else out…from the “church club”. We do not have the authority to shut anyone out. Read and meditate deeply on this next passage of John’s testimony. Revel in the words of pure, unconditional love. Jesus, sent from God, the Father and Creator, came for everyone. ANYONE who believes and puts Jesus in charge has real, lasting life “and is no longer condemned to be an outsider”, says Jesus, himself….to ALL of us.

20-23 “But you haven’t seen the half of it yet, for in the same way that the Father raises the dead and creates life, so does the Son. The Son gives life to anyone he chooses. Neither he nor the Father shuts anyone out. The Father handed all authority to judge over to the Son so that the Son will be honored equally with the Father. Anyone who dishonors the Son, dishonors the Father, for it was the Father’s decision to put the Son in the place of honor.

24 “It’s urgent that you listen carefully to this: Anyone here who believes what I am saying right now and aligns himself with the Father, who has in fact put me in charge, has at this very moment the real, lasting life and is no longer condemned to be an outsider. This person has taken a giant step from the world of the dead to the world of the living.

25-27 “It’s urgent that you get this right: The time has arrived—I mean right now!—when dead men and women will hear the voice of the Son of God and, hearing, will come alive. Just as the Father has life in himself, he has conferred on the Son life in himself. And he has given him the authority, simply because he is the Son of Man, to decide and carry out matters of Judgment.

30-33 “I can’t do a solitary thing on my own: I listen, then I decide. You can trust my decision because I’m not out to get my own way but only to carry out orders. If I were simply speaking on my own account, it would be an empty, self-serving witness. But an independent witness confirms me, the most reliable Witness of all. Furthermore, you all saw and heard John, and he gave expert and reliable testimony about me, didn’t he?

34-38 “But my purpose is not to get your vote, and not to appeal to mere human testimony. I’m speaking to you this way so that you will be saved. John was a torch, blazing and bright, and you were glad enough to dance for an hour or so in his bright light. But the witness that really confirms me far exceeds John’s witness. It’s the work the Father gave me to complete. These very tasks, as I go about completing them, confirm that the Father, in fact, sent me. The Father who sent me, confirmed me. And you missed it. You never heard his voice, you never saw his appearance. There is nothing left in your memory of his Message because you do not take his Messenger seriously.

What kind of love is this? Unconditional. It’s a life or death decision and commitment. Ready to be an insider? In on all the promises of God, the Father? In on salvation, provision, protection and care through good times and bad? In on the indescribable joy of knowing Jesus as Savior and Lord? In on the peace? Yes, that’s what kind of love this is. 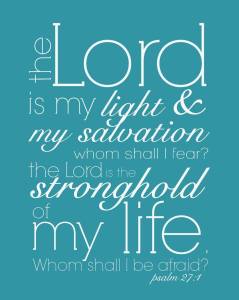 Dear Heavenly Father, Thank you for loving us so much that you sent Your One and Only Son to save us, teach us, leave us to prepare a place for us where You are. Thank you for the joy through trials, the love through pain, the peace when problems arise and the rescues when we thought all was lost. There are not enough words to express our gratitude. So I give you me. You’re in charge. What’s next?
In Jesus Name, Amen. I believe.