21 At that very time, Jesus cured many people of their diseases, illnesses, and evil spirits, and he restored sight to many who were blind. 22 Then he told John’s disciples, “Go back to John and tell him what you have seen and heard—the blind see, the lame walk, those with leprosy are cured, the deaf hear, the dead are raised to life, and the Good News is being preached to the poor.” 23 And he added, “God blesses those who do not fall away because of me.”
24 After John’s disciples left, Jesus began talking about him to the crowds. “What kind of man did you go into the wilderness to see? Was he a weak reed, swayed by every breath of wind? 25 Or were you expecting to see a man dressed in expensive clothes? No, people who wear beautiful clothes and live in luxury are found in palaces. 26 Were you looking for a prophet? Yes, and he is more than a prophet. 27 John is the man to whom the Scriptures refer when they say,
‘Look, I am sending my messenger ahead of you,
and he will prepare your way before you.’
28 I tell you, of all who have ever lived, none is greater than John. Yet even the least person in the Kingdom of God is greater than he is!”
29 When they heard this, all the people—even the tax collectors—agreed that God’s way was right, for they had been baptized by John. 30 But the Pharisees and experts in religious law rejected God’s plan for them, for they had refused John’s baptism.
31 “To what can I compare the people of this generation?” Jesus asked. “How can I describe them? 32 They are like children playing a game in the public square. They complain to their friends,
‘We played wedding songs,
and you didn’t dance,
so we played funeral songs,
and you didn’t weep.’
33 For John the Baptist didn’t spend his time eating bread or drinking wine, and you say, ‘He’s possessed by a demon.’ 34 The Son of Man, on the other hand, feasts and drinks, and you say, ‘He’s a glutton and a drunkard, and a friend of tax collectors and other sinners!’ 35 But wisdom is shown to be right by the lives of those who follow it.”
DOUBT VS UNBELIEF 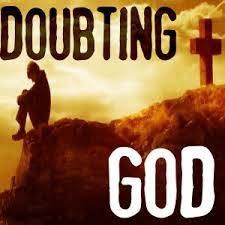 It is not unusual for great spiritual leaders to have their days of doubt and uncertainty. Moses was ready to quit on one occasion (Num. 11:10–15), and so were Elijah (1 Kings 19) and Jeremiah (Jer. 20:7–9, 14–18), and even Paul knew the meaning of despair (2 Cor. 1:8–9).
There is a difference between doubt and unbelief. Doubt is a matter of the mind: we cannot understand what God is doing or why He is doing it. Unbelief is a matter of the will: we refuse to believe God’s Word and obey what He tells us to do. “Doubt is not always a sign that a man is wrong,” said Oswald Chambers; “it may be a sign that he is thinking.” In John’s case, his inquiry was not born of willful unbelief, but of doubt nourished by physical and emotional strain. So John sends people to confirm his belief in Jesus. 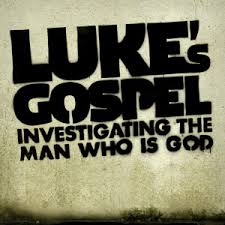 Jesus did not give the two men a lecture on theology or prophecy. Instead, He invited them to watch as He healed many people of many different afflictions. Certainly these were His credentials as the promised Messiah. He had not established a political kingdom, but the kingdom of God was there in power.
There are many people today who criticize the church for not “changing the world” and solving the economic, political, and social problems of society. What they forget is that God changes His world by changing individual people. History shows that the church has often led the way in humanitarian service and reform, but the church’s main job is to bring lost sinners to the Savior. Everything else is a by-product
of that. Proclaiming the gospel must always be the church’s first priority.
What we think of ourselves, or what others think of us, is not as important as what God thinks. Jesus waited until the messengers had departed, and then He publicly commended John for his ministry. At the same time, He exposed the sinful hearts of those who rejected John’s ministry.
HOLY PAUSE
What do we think God would say about us?
REMEMBER WHO JOHN WAS
John the Baptist was not a compromiser, a reed blowing in the wind (note Eph. 4:14); nor was he a popular celebrity, enjoying the friendship of great people and the pleasures of wealth. John did not waver or weaken, no matter what people did to him. John was not only a prophet, but he was a prophet whose ministry was prophesied (see Isa. 40:3 and Mal. 3:1)! The last of the Old Testament prophets, John had the great privilege as God’s messenger of introducing the Messiah to Israel.
John’s ministry was a turning point in both the nation’s history and in God’s plan of redemption (Luke 16:16).
WHY IS JOHN IN PRISON?
Luke 7:29–30 are the words of Jesus, not an explanation from Luke (see Matt. 21:32). They answer the question some of the people were asking: “If John is such a great prophet, why is he in prison?” The answer is, because of the willful unbelief of the religious leaders. The common people accepted John’s message and were baptized by him as proof of their repentance. They “justified God,” which means they agreed with what God said about them (Ps. 51:4). But the religious leaders justified themselves (Luke 16:15), not God, and rejected John and his message.
NOTHING SATISFIES AN UNBELIEVING WORLD
Jesus compared that generation to people who were childish, not childlike, and nothing pleased them. He was probably referring to the scribes and Pharisees in particular. John was an individual who declared a stern message of judgment, and they said, “He has a demon!” Jesus mingled with the people and preached a gracious message of salvation, and they said, “He’s a glutton, a winebibber, and a friend of publicans and sinners!” They wanted neither the funeral nor the wedding, because nothing pleased them.

HOLY PAUSE
Are we childlike in our faith?
Are we childish in our behaviors, wanting our way, never being satisfied?
JUSTIFIED – AGREEMENT WITH GOD
People who want to avoid the truth about themselves can always find something in the preacher to criticize. This is one way they “justify themselves.” But God’s wisdom is not frustrated by the arguments of the “wise and prudent.” It is demonstrated in the changed lives of those who believe. This is how true wisdom is “justified.”
John believed. His belief and mission to tell the Truth landed him in prison. Doubt was temporary and alleviated by a little talk with Jesus via his friends.
Have you had a little talk with Jesus lately? 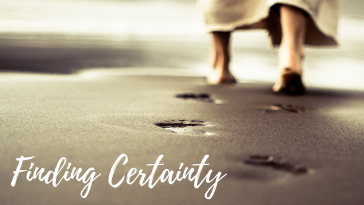 1 Response to CONFUSION AND DOUBT